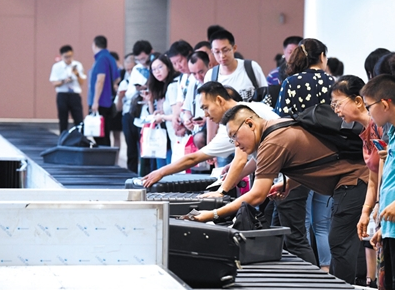 
Beijing News: At 8:30 yesterday, Daxing Airport held the first comprehensive exercise before the commissioning of the flight. China Southern Airlines, China Eastern Airlines, Air China, China United Airlines and other airlines simulated flights to carry the first batch of passengers "to" Shanghai , Guangzhou, Xi'an and other places. It is understood that Daxing Airport will conduct a total of 6 comprehensive exercises before the commissioning of the operation, with a total of 787 subjects.


Debut of parking building with different colors and patterns


Public information shows that the parking building provides a certain number of parking spaces for female drivers. In addition to the design closer to the female style, the parking space is also more spacious.


The reporter drove from the first floor of the parking building to the second floor. After parking, he took the elevator to enter the terminal building, and then entered the second floor of the terminal building according to the sign No.13. During this process, the reporter saw about two inquiry counters, and there were staff in front of each counter to serve passengers. After security, the reporter reached the domestic arrival floor on the second floor of the terminal. From here, you can take the escalator or straight ladder to the fourth floor departure level, which is the check-in area. The reporter noticed that, unlike Capital Airport, Daxing Airport's straight elevators use touch buttons and are equipped with barrier-free buttons.


In yesterday's simulation exercise, some passengers also took the bus to the terminal. According to the relevant person in charge of Daxing Airport, "For the first exercise, we mainly simulated the arrival or departure of passengers through the three modes of transportation: bus, taxi and private car." The person in charge said that in the future, passengers will pass rail and ground There are two ways to reach the airport, among which ground transportation includes taxis. “Taxis in Beijing and Langfang will operate at Daxing Airport, so that they can serve the main passengers of Beijing, Tianjin and Hebei.”


The departure level is divided into 11 check-in islands


At 8:30, the first exercise officially began. 1182 simulated passengers carried 1182 pieces of simulated luggage to the departure hall on the 4th floor of the terminal building of Daxing Airport. The reporter saw that the departure hall is divided into A to K, a total of 11 check-in islands, check-in counters of China Southern Airlines, China Eastern Airlines and other airlines are distributed among them. At the same time, there are at least two information desks on the departure floor with several airport ambassadors to answer questions for passengers.


In the simulation exercise yesterday, each simulated passenger has a special ticket with the passenger's name, flight number and destination written on it. Passenger Ms. Liu's family of four “catch” is a flight of China Southern Airlines from Daxing Airport to Guangzhou, two of them are children. After checking the ID card and hukou book, the staff quickly printed out four boarding passes. At the same time, Ms. Liu checked the luggage, and the staff attached the luggage tag to the boarding pass. After checking in, Ms. Liu checked the location of the security checkpoint and took the escalator down to the third floor domestic departure security checkpoint according to the street signs.


The reporter noticed that most of the passengers chose manual check-in yesterday. In order to exercise all aspects of the airport, the staff reminded passengers to also choose self-service check-in and self-service baggage check.


After arriving at the boarding gate, passengers can also use the "Face Recognition" function to self-flush and board the plane. The reporter saw at the A11 boarding gate that many passengers are trying to use the "face recognition" function, but because the system has just been put into use and is still in the debugging stage, some passengers have not been able to "face-swipe" successfully. The site engineer told reporters that for the first drill yesterday, the engineer will further debug the instrument to ensure its safe and reliable use.


The reporter saw at the China Southern Airlines self-service baggage check-in counter that every piece of checked baggage has a hard special luggage tag, which is an electronic luggage tag. This luggage tag can track the entire process of luggage, and future passengers can be as real-time as querying express Check whereabouts of checked baggage.


What should I do if I find that my baggage contains prohibited items when I check my luggage? The reporter saw at the scene that when Ms. Guo was handling self-checked baggage, the system prompts that there were prohibited items in the baggage, and printed a small strip that read: "Hello passenger, please go to No. 13 on the east side of the third floor Open the package room for inspection. "


The reporter followed Ms. Guo and took the escalator down to the 3rd floor package inspection area. There are already a lot of "problem bags" waiting for package inspection. There is a machine at the door of the bag opening area. After the passenger scans the ID card information, if there is a problem with the baggage, the system will print out a small strip to remind the passenger to hear the big screen call name and go to the designated counter to open the bag for inspection.


Children go through security screening in front of 360-degree camera


The reporter from the domestic security inspection area saw that a camera equipped with a 360-degree camera range was used in the drill yesterday. According to the staff, the advantage of this camera is that it can ignore the height of passengers, that is to say, even young children less than one meter can stand in front of the camera and take pictures after completing the security screening process. 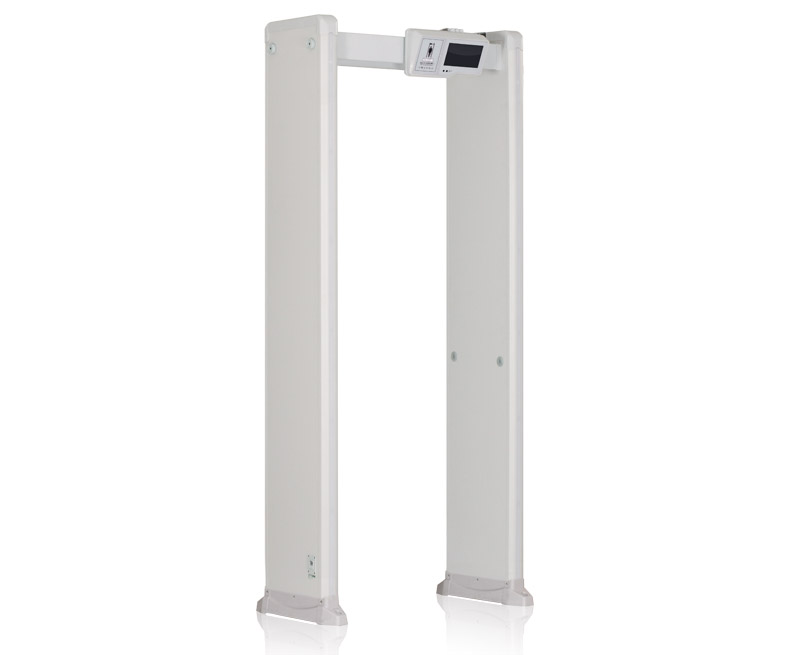 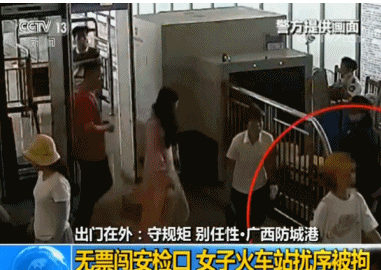 >Run through security, wanton retrograde ... The mystery of these illegal behaviors is straightforward!